At the End of Every Day I Make a Sun Set 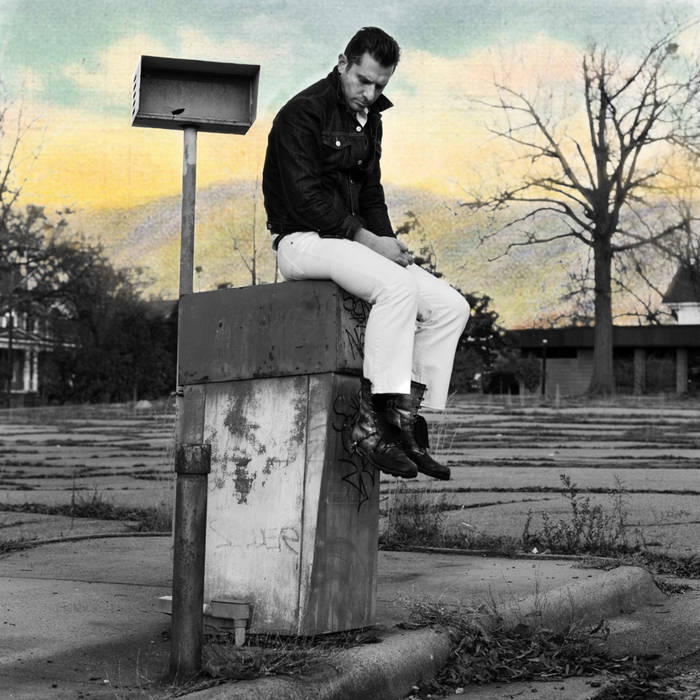 The moment (Galileo) was set at liberty, he looked up to the sky and down to the ground, and, stamping with his foot, in a contemplative mood, said, Eppur si muove (“And yet it still moves”)


As its title implies, Sundown, USA is at least partly about the dimming of hope in America—and how we all have a responsibility in its fall, and potential rise. Kutchma's extended treatise bears the title At the End of Every Day I Make a Sun Set, or the first and last line of the album's title song. Within its chapters, Kutchma surveys the urban decay of Detroit that he witnessed on tour, the recent closing of the steel plant where his father worked for 40 years in Johnstown and his own attempts to help turn around a rough neighborhood in his adopted North Carolina hometown.

"I hope the album presents the question that the sun might come up tomorrow, but the choice is a little bit up to you whether it does or not," Kutchma says. No, there isn't a song specifically about Detroit or about that shuttered Johnstown steel mill, but that notion seeps through Kutchma's portraits and sketches of "people at the end of their rope."

In "The Moment When the Full Moon Will Rise," for instance, he warns that "the world may no more turn, and all those cars gonna fucking burn." One can picture the characters in "The Carolers at 3AM," with misfits wandering the streets after closing time: "Blue and red lights, black and white sing/ To the right of the wrong frequency/ Then the strings of the strays join in."

Such keen interplay between people and their settings is one of the things that drew drummer Evan Rowe to join Kutchma in his new backing band, the Five Fifths. "Part of what made me say yes to this project initially, back before Pastoral [the band's 2012 debut] was recorded," he recalls, "is Jason's ability to write characters, and to write a place as a character and have it shape the motivations of other characters in the song."

Still, the music most vividly portrays the album's theme of desperation. Bristling with raw nerve and wiry acoustic energy, these songs sound like the frayed edges of that rope's end. That's equally true of the full-band version with the Five Fifths—which arose a couple years ago from Kutchma's desire to work in a more roots-aligned vein than his long-running punk band Red Collar—and of the solo version he recorded alone in his house. The latter consists mostly of scene-setting acoustic guitar, harmonica moans, bass rumbles and Kutchma's forthright vocals.

The mood is arguably even more vivid on the solo album's initial incarnation, a four-track cassette recording Kutchma has posted as a pay-what-you-can online. He made that version in his living room last summer with Carrboro producer and songwriter Wesley Wolfe.

"I had seen him play solo a few times; he can fill a room," Wolfe notes. "He's got a powerful voice and stage presence. I thought it would be great to try and capture that."

Wolfe suggested that a cassette machine might be an ideal vehicle to convey the intimacy of the material. "Cassette has its own sound," he says. "It can make a song sound like it was recorded decades ago. There is a timeless theme to this batch of Jason's songs."

Not surprisingly, Wolfe also cites Bruce Springsteen's Nebraska as a blueprint of sorts for what he had in mind with Sundown, USA. It's hard not to bring up The Boss's groundbreaking 1982 album when discussing solo recordings made on a cassette four-track. Kutchma acknowledges that, but he's a bit uncomfortable with the parallel—though not for the reason one might suspect.

Reviews of his work with both Red Collar and the Five Fifths often mention Springsteen, thanks to their shared inclination toward working-class themes, full-throated singing and fervent stage demeanor. But the Nebraska comparison bugs Kutchma simply because he believes the Springsteen classic shouldn't be the default reference point for homemade recordings.

"That's an important album to me," he says. "What I was disappointed by was that it opened up the possibility of independent artists to do the same thing with the four-track—but I don't know who, after hearing that in the early '80s, said, 'I'm going to start doing home recordings this way, and release them.' Who was doing that? I was surprised that I didn't hear of more 'name' people [following suit]."

We discuss other artists who have formally released such bare-bones solo recordings. Kutchma mentions Guided By Voices. I bring up Daniel Johnston, though his cassette recordings were on boombox, not a four-track machine. Further digging turns up Elliott Smith's Roman Candle and Iron & Wine's 2002 debut, The Creek Drank the Cradle. It's a surprisingly sparse lot.

"To me, it's so funny that this is 'the Nebraska treatment,'" Kutchma continues. "This should be part of the regular nomenclature of musicians—especially in this day and age and what's possible with costs and doing it yourself."

But the solo version of Sundown, USA that Kutchma formally released wasn't the four-track cassette session with Wolfe. Neither man was quite content with the final result, so Kutchma tried again, at home on his own this spring with a digital recorder. The Five Fifths had already made the full-band version of the album, which altered the tone and feel of the second solo trial. It's quieter, cleaner, the songs perhaps distilled more closely to their essences.

"It makes sense," Wolfe figures, "because there were months that passed from our original recording session to his own recording. He had finished the full-band album and wanted the solo record to be more intimate."

The four-track presentation, then, ends up sounding a bit like a bridge between the two formally released records. The Five Fifths picked up the spark from the four-track takes, filling in the gaps with graceful accents and dynamics.

"Compared to Pastoral it's very unsettled, and I think his idea to release both versions tells a more complete story," explains Rowe. "The full-band record is a declaration, all holding forth in a bar, bellicose and looking for a fight. The solo record is a confession, worried, at a kitchen table. At least that's what I pictured."

Despite the common material, these records really are distinct presentations. That much is clear from the simple fact that they have different track sequences. To Kutchma, the singular vibes he heard by shifting the order underscored the artistic rationale for releasing the two albums simultaneously but separately. He's aware some listeners might see it as a marketing ploy, but he insists it's not.

Another option might have been to release the two recordings together as a double album, but Kutchma felt separate records better suited his purpose. "That was an artistic choice too. Certain people will be like, 'This sucks, this is a dude in his bedroom.' Other people are going to say, 'I really love the intimacy of that one,' and not like the bigger band version. And I'm OK with either one of those."

And if a humble music scribe suggests that the initial four-track cassette version might actually be the best of the three recordings—well, that's part of the beauty of Kutchma's willingness to post it on the Internet. Again, it bears out his point about artists taking advantage of the possibilities of the modern era.

The multiple forms that Sundown, USA eventually assumed ultimately trace back to what Kutchma wanted to say when he was ready to follow up Pastoral. "It may be a testament to the importance of having a vision of what an album is about," he suggests. "If this album would've been the material on Pastoral, I don't know if I would have been as driven to do it as a solo thing."

By definition, solo implies a more personal perspective, and that's part of what Kutchma is getting at on the album's final track, "Centric." Written after the cassette recording was made (it's the one tune missing from that version), "Centric" addresses the notion of "being geocentric or heliocentric—you think that either the world revolves around you or you revolve around it," he says.

It's like that matter of whether the sun's going to come up tomorrow, and how it's up to each of us to take personal responsibility for it.

"That's a very fulfilling thing to admit," he marvels. "It's an empowering thing. It's up to me. No matter how low or high on the totem pole you are, everything comes down to you and the choices that you make, every single day."

This article appeared in print with the headline "(Re-)made in the U.S.A.."

The demo version is available here:

If you like At the End of Every Day I Make a Sun Set, you may also like: