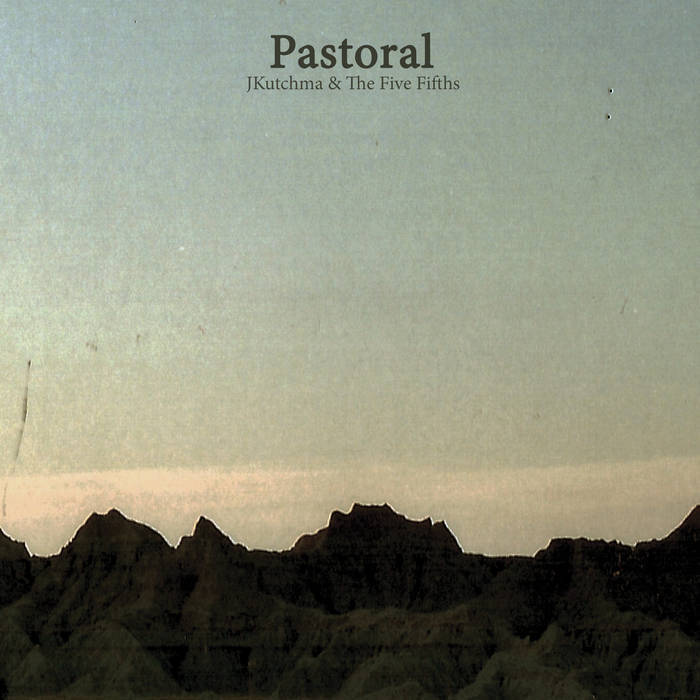 
“If you like the direct honesty of the blues, but want to move beyond the 12-bar format, enjoy the emotive themes of country music but balk at the frequent plunges into mawkish sentimentality, or relish the uplifting excitement of gospel singing but prefer your lyrics on the secular side…”


Somewhere between Elvis Presley's honorable discharge and his immediate sequestration under Colonel Parker's fleshy, bejeweled wing, there existed a window of opportunity. What if, instead of "Paradise, Hawaiian Style," we'd heard a deeper exploration of country and gospel music; what if he'd been backed by the Funk Brothers or the Wrecking Crew; what if Americana hadn't come to mean either at best a rote recitation of Old Time music or at worst a bland, formulaic, slightly twangy version of Adult Contemporary? What if songs of genuine yearning, resolve, pain, and triumph drew in equal measure from both Hank Williams’ high lonesome and D. Boon’s credo, “Punk is whatever we made it to be.”?

J Kutchma and the Five Fifths are interested in trying to find out what that could sound like. This is, of course, not to say that the band bears any resemblance to the rhythm section/force of nature behind Motown’s hits or the greatest punk rock trio ever to climb in a van, only that the urgency with which they played, the trust they had in their bandmates, and the willingness to stumble upon How A Song Should Sound, to tear up the chart and start over—these are the hardest and best parts of playing music, and they’re the whole reason these five got together in the first place.


“I have knocked around a lot and been hard hurt in plenty of ways,” he said huskily. “There were times I thought I would never get anywhere and it made me eat my guts, but all that is gone now. I know I have the stuff and will get there.”


All songs conceived and written Winter 2010 through Early Spring or so of 2011. Of the initial batch of ten songs, two were disregarded, Worried Mind and The Devil’s Waltz, while another added, Pastorals. Arrangement and rehearsals for the songs began on June 12, 2011 and continued until production commenced at Echo Mountain Studios in Asheville, North Carolina on October 21 & 22, 2011. Evan Bradford, assisted by Paul Blackwell, engineered. The recording was made using a Studer A800 MKIII 24 Track to 2” tape and then transferred to digital copy for editing purposes.

With few exceptions, vocal takes and guitar overdubs were recorded in Carrboro, North Carolina at Track and Field Recording with Nick Petersen throughout November of 2011.


The spaces between the lines are numbered from one to four. In music education, for the Treble Clef, the mnemonic “Every Good Boy Does Fine” (or “Every Good Boy Deserves Fudge”) is used to remember the value of each line from bottom to top. The interstitial spaces are often remembered as spelling the word “face” (notes F-A-C-E).

In music education, for the Bass Clef (or F Clef) the mnemonic “Good Boxes Don’t Fall Apart” is used to remember the value of each line from bottom to top. The interstitial spaces are often remembered, using the mnemonic “All Cows Eat Grass”.


J Kutchma wears spurs. All the time. Heavy metal ones on the back of his boots that jangle and clang as he walks. I’ve never asked him why. First time I met him we were sharing a bill and he came brushing by with his band, and his spurs, and a denim jacket I think he’d spray-painted silver. I said, “Hey there Sheriff, where’s your horse?” He just looked at me sideways and kept walking. We’ve become friends since then and I’ve spent some time waiting for him in bars and coffee houses and I always hear him before I see him. Clang clang jangle stomp clang. Even when I’m not expecting him, clang clang clang, and then a solid slap on my back and a big warm “Heeeeyyy!” Always puts a smile on my face. I’ve never asked him why, but I’ve thought about it some, and I’ve decided that J Kutchma wants to be heard before he’s seen. Like Miles Davis playing in the shadows with his back to the audience, or Jandek’s self released oblique soundscapes with pictures of his furniture on the cover, J Kutchma is aural BEFORE he’s physical. And I think that’s pretty fucking brilliant. That clanging sound of the solid spur is a great symbol for J’s music too, it’s something tough and true and a part of the real history of this country. The songs on this collection were wrestled down from the ether through long nights of driving and playing solo shows all over the United States. Twelve-hour drives alone between coffee shops and bars and record stores and one night in a tattoo parlor in Lincoln even, singing while getting a tattoo of a SPUR on his shoulder. No shit. The songs started out a certain way but by the end of a couple forty-day tours, they’d changed. The songs had changed. J had changed. Traveling like that is hard, it’s dangerous and crazy. When it’s bad, it’s really bad. You can be broke and alone, and have to do somebody’s dishes or paint somebody’s room, or sell an amplifier to make it to the next town. But when it’s good, it’s really good, you feel like you’ve launched yourself into the open at just the right time and all your friends are out there waiting for you and the people come to see you in all those small towns that were empty the time before and maybe you’ll meet a member of the Ohio Express, who was also a Shondell for a brief stint, working the late night drive-thru at a fast food joint like J did one night in Boulder, Colorado and maybe you’ll realize, as you’re driving through that empty part of New Mexico where there’s no radio and no cell phone towers and the aliens hide behind cacti making their weird noises in the moonlight and you think about all those good times and all those bad ones too, how so much of our perception is filtered through someone else’s experience, from movies and tv and top-forty radio and billboards and blogs and all the bullshit that we do with our lives instead of experiencing it and you’re eating your third banana and peanut butter sandwich that day, that’s also your thirtieth that month, and you have forty dollars in your pocket from the show the night before and you didn’t sleep at all because you stayed up all night with a stranger listening to her collection of old rock and roll 45’s and before you left she looks at you for a minute and shuffles through her collection and says “I know you didn’t get paid much last night, so I want you to have this, I think this single is the right one for you,” and as you’re walking towards your car, clang jangle jangle, some 600 odd miles between yourself and the next city, you read the label and it’s a Tommy James and the Shondells record, and you smile thinking about that fast food drive-thru fourteen days earlier and how the guy welled up a little bit when you gave him a tip, and all the trouble you’ve had just to feel like you’re actually in the place you’re supposed to be, doing the thing you’re supposed to be doing, and you’re there and you’re alive and when you get back home you put a band together and record the songs the way they’re meant to be recorded. This is not the kind of music that wants to have those experiences for you, like so much of the lazy shit that’s out there right now. It’s the kind of record that wants to share those experiences WITH you or if you’ve never been out there all alone, it’s the kind of record that wants you to WANT those experiences for yourself, to go out there and drag them down from the sky like J Kutchma did. Because in the end that’s what the music is there for, really. It’s the excuse to be out on the edge of space with the fear in your belly knowing that in the end the difference between falling and flying is only perspective.


Which is nonsense, for whatever you live is life. That is something to remember when you meet the old classmate who says, “Well, now on our last expedition up the Congo—“ or the one who says, “Gee, I got the sweetest little wife and three of the swellest kids ever—“ You must remember it when you sit in hotel lobbies or lean over the bar to talk to the bar tender or stand in a dark street at night, in early March, and stare into a lighted window. And remember little Susie in there has adenoids and the bread is probably burned, and turn up the street, for the time has come to hand me down that walking cane, for I got to catch that midnight train, for all my sin is taken away. For whatever you live is life.”

Recorded at Echo Mountain in Asheville, NC by Evan Bradford and Track & Field Recording in Carrboro, NC by Nick Petersen.