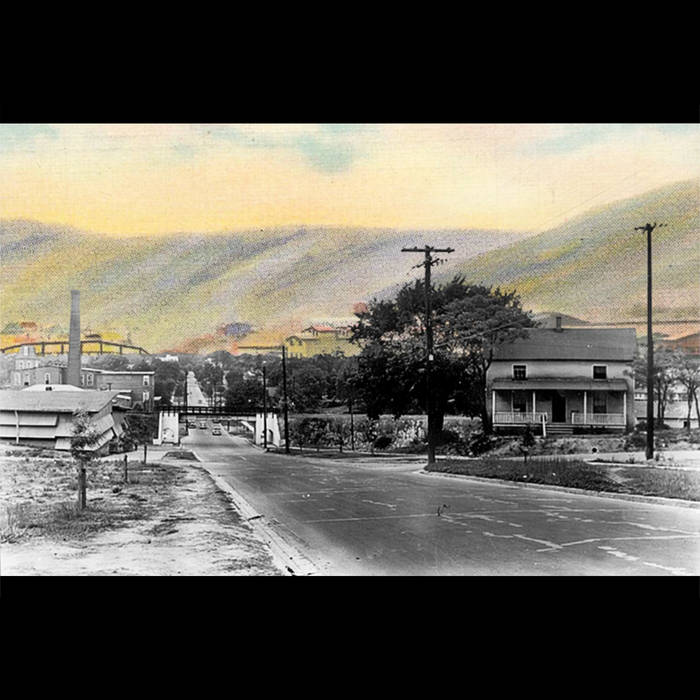 The shining example Jason Kutchma is a great musician
,Singer,songwriter with a string of great albums behind him.Detroit happens to be my favourite. Favorite track: The Carolers at 3AM.


"The Detroit Fire Company was instructed to let abandoned houses burn. There was no money to save them."


Anxious to get started on the follow-up to Pastoral, I had a group of songs about people at the end of the line, all wondering where to go from where they were.

My friend Wes Wolfe offered to record the demos. We talked about recording them in some unconventional places around Durham, NC. We ultimately decided to produce them in a house built at the turn-of-the-century for workers at a local textile complex.


When Brodie L. Duke established the Pearl Cotton Mills at the end of the 19th century, he chose an undeveloped tract of land outside of Durham's town limits as the site for his industrial complex. This parcel lay at the southern edge of the middle portion of his vast real estate holdings that wrapped around the western and northern edges of Durham. The industrial site, situated just a short distance from his home, had an irregular boundary dictated by a creek and ravine. It was the only textile manufacturing complex in northwestern Durham and its out-skirts.


For decades, workers lived in the company home and walked to work at a cotton mill just a few blocks away. Mill houses like these were always occupied by people looking for the kind of work to just get by or get going up or down the coast, transient workers guided by the turning Earth and the men who paid them to turn it.

The mechanization of The Cotton Industry contributed to the Mill closing in the 1950’s. By then the Automobile and Steel Industries up north were on their way to peaking, needing more skilled labor to keep them at that crest. With the availability of the automobile to the low and middle classes, workers from the south moved on, moved up north, moved to Detroit, moved to Pittsburgh, moved to Johnstown.


“I know that homes burn and that you should think what to save before they start to. Not because, in the heat of it, everything looks as valuable as everything else. But, because nothing looks worth the bother, not even your life.”


The Erwin Cotton Mills continued to manage the Pearl operation until the 1950s. At that time, the Erwin Cotton Mills sold the houses to private individuals. After standing vacant for several years, the factory, with the exception of its smokestack and four-story tower, was razed to make room for the Duke Tower Apartments around 1971. Although all of the houses along Foster St. have been destroyed, vestiges of the mill village survive on N. Duke St., Harper PI. and Orient and Washington streets as isolated pockets of identical forms that belie their industrial origin. In spite of numerous cosmetic alterations, all of the dwellings constructed by the mill along Washington and Orient streets survive with their original character intact.


After the house went through an intense seven months of rehabilitation, Beth & I moved in. One of our friends from across the street dropped by. He had been in the neighborhood for about ten years. ‘This house, I mean, I can't believe the change. It looks fantastic now but I have to be honest, it was an awful, awful place for years. This was the drug house. There was a green light on the front porch. Some days it was on, some days off. Then it was a different color for a while. They’d mix it up, some kind of code with what they had in stock. The house next door had a red light on the porch that I’m sure we all know the significance. You can’t imagine the terrible sounds coming out of there on a weekend night. Awful. Can’t forget them. There was always a rodeo of police cars on the street in front of both of these houses’.


Sometime during the summer after we moved in, Wes arrived at my house with his gear: Tascam 424 MKIII, Universal Audio 710 Twin-finity pre-amp, Shure 57 microphone, Blue Dragonfly microphone, two Advantone CK1 microphones. We finished recording in about six hours.

The order of the songs is in the order they were recorded that day.


'Construed as turf, home just seems a provisional claim, a designation you make upon a place, not one it makes on you. A certain set of buildings, a glimpsed, smudged window-view across a schoolyard, a musty aroma sniffed behind a garage when you were a child, all of which come crowding in upon your latter-day senses -- those are pungent things and vivid, even consoling. But to me they are also inert and nostalgic and unlikely to connect you to the real, to that essence art can sometimes achieve, which is permanence.'


Theses recordings were given to the Five Fifths for the album Sundown, USA available here:


“I've crossed some kind of invisible line. I feel as if I've come to a place I never thought I'd have to come to. And I don't know how I got here. It's a strange place. It's a place where a little harmless dreaming and then some sleepy, early-morning talk has led me into considerations of death and annihilation.”

- Raymond Carver
Where I'm Calling From