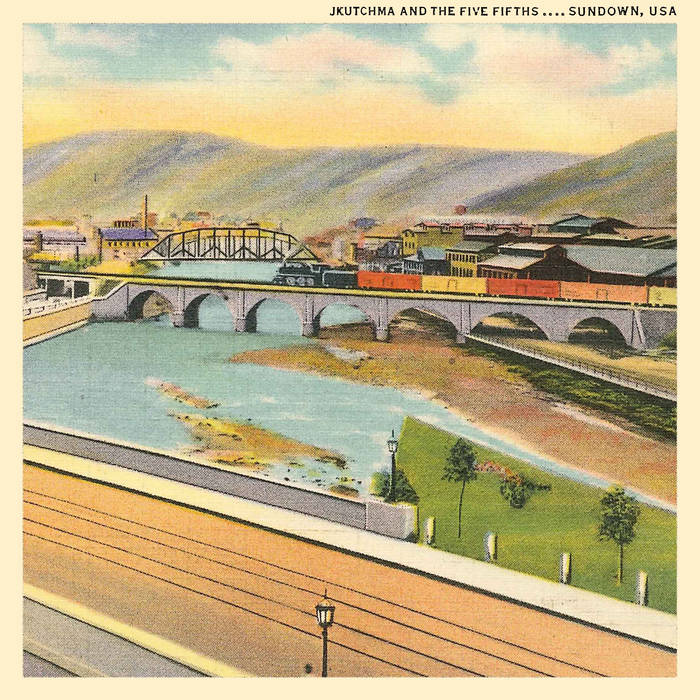 
Yet we urge you, brothers and sisters, to do so more and more, and to make it your ambition to lead a quiet life: You should mind your own business and work with your hands, just as we told you, so that your daily life may win the respect of outsiders and so that you will not be dependent on anybody.


'Oh, I don't know bud. They're thinking about shutting it down'
-GHK


In 2012 JKutchma & The Five Fifths were on tour, driving through Detroit en route to a show. As we came into the city, Evan told us how the fire company was instructed to let abandoned houses burn. After decades of decline, there was no more money to save them.

During the gasoline crisis of the 1970’s, consumers were opting for more fuel-efficient cars produced by foreign companies. The sales and market shares of Detroit’s automobile companies declined. In the mid-80’s, the city borrowed against a promising future that never arrived. There was an exodus to the suburbs. Debt escalated and revenue did not return. The bribery, kickbacks and greed, always greasing the wheels for the desperate and small, were overlooked when the system provided bounty. But now, sliding towards bankruptcy, the corruption was front page news.

A city of buildings abandoned. Beautiful, gorgeous buildings shuttered. As Evan drove, I saw a two children playing on a ten-foot high pile of rubble. In the distance, below the early moon in a Detroit sky, there was ignored smoke from an ignored fire of another forgotten building.


“It has always seemed strange to me...The things we admire in men, kindness and generosity, openness, honesty, understanding and feeling, are the concomitants of failure in our system. And those traits we detest, sharpness, greed, acquisitiveness, meanness, egotism and self-interest, are the traits of success. And while men admire the quality of the first they love the produce of the second.”

A month before starting production on Sundown, I was in Johnstown. We talked about our industries, our jobs. That year, the conversation was different. He wasn’t explaining that the mill may shut down because of various declining numbers listed on some tally sheet or new contract. He said the mill should shut down because of the declining quality in the process of steel production. The end product, what he's responsible for, relies on all the steps the steel went through before it got to him. Can't cook a good omelet with bad eggs. His work and his pride depend on the material that he is given to work with and now it is coming from places that don't have the same regard for their work as he's had for the past forty years.

For the first time he tells me without a blink or a pause that the plant should close because he doesn’t want that kind of work out in the world.


‘No account of music in Detroit would be complete without the sound of Motown. In 1959, a young black man, Berry Gordy, Jr. borrowed $800 from his family and founded the Motown Record Corporation. Located in a house on West Grand Boulevard, Motown began as one of a number of small rhythm and blues record companies which sprang up in Detroit during the 1950’s, partly in response to a demand for such music by black-oriented radio stations'

'Motown meant, and continues to mean, music. It is a special sound, born on the streets of Detroit, listened to and enjoyed the world over by all who know the Motown Sound’

Others in the series include:
The San Antonio Story
Houston: a history of a giant
Des Moines: Capital City
The Saint Louis Portrait
and
Cleveland


Around the time of Sundown, USA's completion, I received a call from my father. They were officially closing down his plant. When I was a teenager, he told me that he’d probably continue working until whenever his body wouldn’t be able. He knew it from the first day on: this is what I wanted to do for the rest of my life. And for most of his life, he made a pretty good run of it.

I wondered if there was a time early in his career when it was all real good. The money was good, the benefits were good, there was no limit, no ceiling to how good this could get. Then, in a strange half-second the darkest thought crept in: this will all end.

I wondered if at some point in my life someone will call me one day and tell me not to bother to come in tomorrow, they’ve closed the plant. It seems ludicrous. And yet it terrifies me.


I thought about those two industries, the relationship of steel to automobiles, of Johnstown to Detroit. I thought a lot about the future of my own industry, and the statement: ‘Don’t bother coming in tomorrow, the factory is closed’.

As a musician or as an artist, could anyone ever say that to me? I write and record music and obviously make the decision every day whether my song-writing factory is cranking up or shutting down but I wonder: at what point does the process of making a work of art seem to transform from being a personal statement to being a product of an Industry where I allow myself to even entertain the thought?


Father Gabriel Richard was a Roman Catholic priest who later founded the University of Michigan. Born in La Ville de Saintes 1767, he entered the seminary in Angers at age 17 and was ordained six years later. In 1792, he emigrated to Baltimore, Maryland and was later stationed in Illinois to do missionary work with Native Americans.

In 1804 he opened a school in Detroit. As the school was destroyed by a fire that leveled the city in 1805, Fr. Gabriel Richard wrote Detroit's motto: Speramus meliora; resurget cineribus;

In English: "We hope for better things; it will arise from the ashes."


Save for the layoffs in the 80’s, he spent those forty-some odd years at the same mill, in the same building. How rare that is these days. I wonder if in the future the buildings will even survive that long. I wanted to walk home with him from the mill that one final time but on that last day of May I was on tour chasing suns with my Five Fifths.

That night, we were in Arkansas playing The White Water Tavern, one of the best bars in America. Travis Hill, the owner of Little Rock-based Last Chance Records, the label that puts out my albums, met me in the parking lot before the show. He wouldn't be able to stay for too long, his son was born just a few days prior, but he wanted to give me something. He opened up the trunk of his car. Sitting there, an unopened box of Sundown vinyl records, fresh from the plant. Evan offered his pen-knife and I sliced the packing tape down the center fold.


“As I rode back to Detroit, a vision of Henry Ford's industrial empire kept passing before my eyes. In my ears, I heard the wonderful symphony which came from his factories where metals were shaped into tools for men's service. It was a new music, waiting for the composer with genius enough to give it communicable form.

I thought of the millions of different men by whose combined labor and thought automobiles were produced, from the miners who dug the iron ore out of the earth to the railroad men and teamsters who brought the finished machines to the consumer, so that man, space, and time might be conquered, and ever-expanding victories be won against death.”


The demos for Sundown, USA are available here:


Andrew Blass : vocals on Then We'll Take the Moon, I Believe Everything's Gonna Be Alright, The Carolers at 3 AM, February Is My Finish Line, & I'll Move No More

Leah Gibson : cello on The Carolers at 3AM

Jeff Herrick : horns on Then We'll Take the Moon

Beth-Ann Kutchma : vocal on Then We'll Take the Moon

Reese McHenry : vocal on Something Got in the Way

Ben Riseling : saxophones on Something Got in the Way

Betsy Shane: vocal on I Believe Everything's Gonna Be Alright, flutes on The Carolers at 3AM

Andy Shull: horns on Then We'll Take the Moon